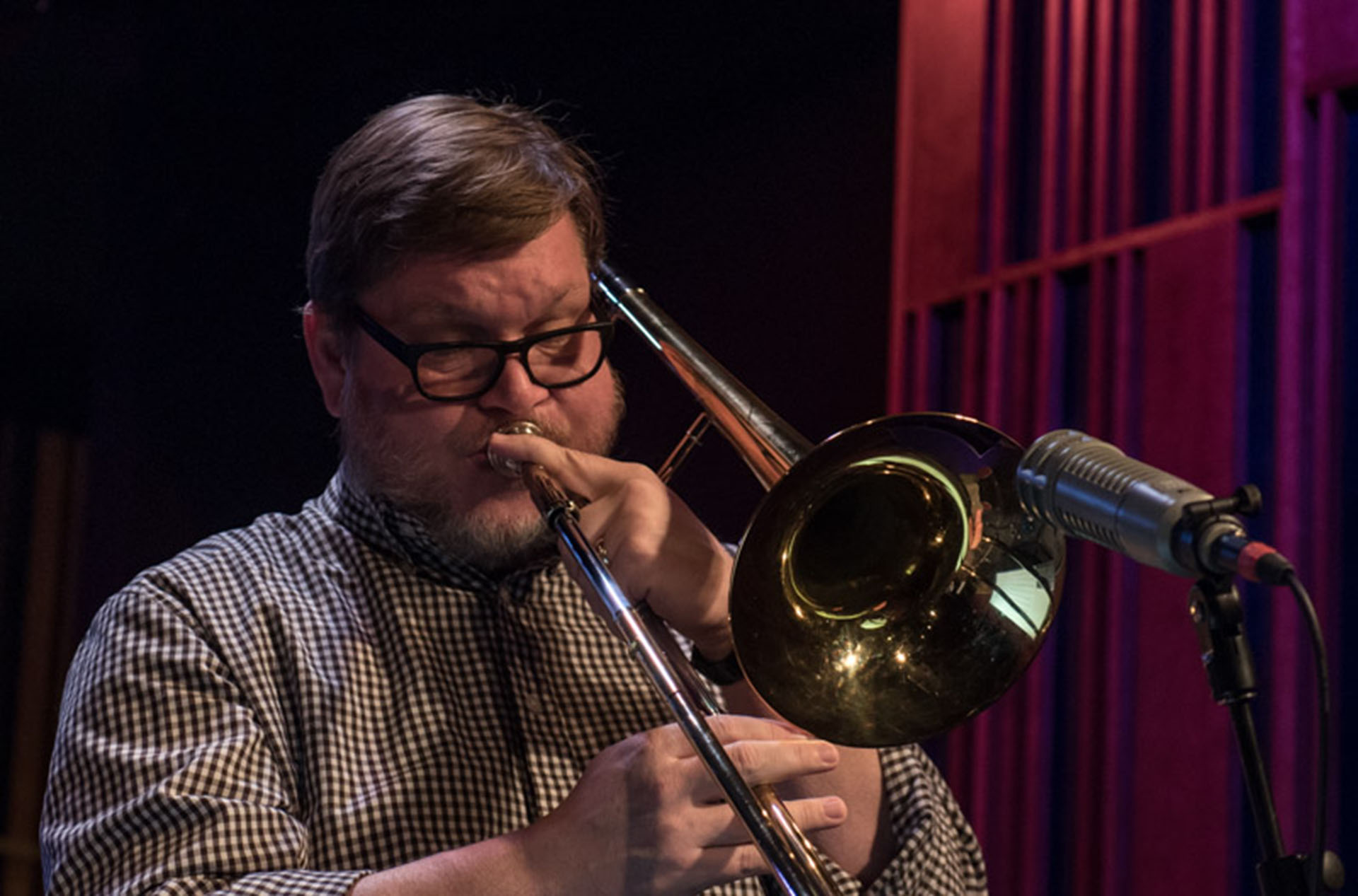 "Book" is an improvisation by Jeff and Matt Wright on trombones. Matt made a video to go with the sounds. The video and title grew out of our conversations on perspective, and social and consumer responsibility. This was premiered on a Versipel New Music program.